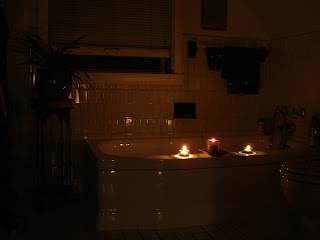 I've been starting to feel like I am moving through life in hyper-speed and it has caused an anxious little egg to open up in my chest that sometimes takes my breath away. Things have begun to feel messy and blurry and when this happens I start feeling incredibly disconnected from my life.

A couple days ago I received a journal that I bought from Melba. I already have a journal started, a big thick one that I am about 3/4 of the way through. I love the journal I've been using (it is like an old friend) but it's been filling up with so many expectations and negative thoughts that I decided that I would break in Melba's journal early and return to morning pages.I've decided to make Melba's journal my sacred space--it is beautiful. When I first got it I spent a lot of time just looking at all of its details. I can actually feel her energy within its pages and it inspires me to use it as a space to explore my thoughts and feelings on a deeper and more sacred level.

Today I ended up filling 8 pages instead of the 3 that I set out to write. I could have written more except that something came up and I had to stop. As I filled up line after line within the pages of this fresh journal I became aware of a lot of new things. It seems that I am in the process of learning how to take my negative energy and turn it into something more useful. Yes, it is a learning. process. But lately I have noticed that I am getting better at it. I feel closer to myself than I have in some time. Of course, I get off track on a daily basis, but like I said: it's a process.

I've been spending a lot of time lately making lists of things that I need to do. These are separate lists from the ones I wrote about earlier. These are the kind of lists that don't do much except cause me stress because there is no way on earth I could possibly accomplish all of it.

I have these lists rattling around in my head from the time I get up until the time I go to bed. The work load that I've set out for myself stretches out in 10 directions. I go to bed too late, toss and turn all night, and then wake up too early trying to figure out what order the next items on the list should be in. It's ridiculous.

Through journaling today I came to the realization that I've been setting myself up to feel failure on a daily basis. It starts out early in the morning and then carries on throughout the day. In the end, I usually feel like I'm not doing much other than spinning my wheels--what's the point of this?

I often try to take on major projects before work and then am barely able to get started before it's time to leave. Endless frustration. I decided today that I would own up to the fact that my morning time would be better spent doing morning pages and taking the dogs for an extra long walk. It would be a much more positive start to my day--centering, energizing, relaxing. I never get the other stuff done anyway, so why torture myself with it?

Tomorrow our landlord is coming over to meet someone who will be painting the house. Even though we always keep the house fairly clean, I've been feeling slightly obsessed about making it spotless from top to bottom (why do I care?). I told Vinny over the phone this afternoon that I was frustrated because I had so much to do before I go to bed tonight. He reminded me that the house isn't even that dirty. It dawned on me that it wasn't the house that was so horrible, it was the state of my mind. And so I decided to approach cleaning as though it were mental housekeeping.

I decided I would enjoy dinner, play music, and instead of stressing out about whatever, I would instead just look forward to the fact that I would be able to enjoy a clean, peaceful, and comfortable environment when I was done. I also decided that after cleaning, rather than plod my way through the next thing on my list, I would instead take a nice hot bath (inspired by this post--Melba inspired, once again!). It has been months since I've taken a bath--something that I used to do on a regular basis. What happened?!

In the end, I succeeded in cleaning the house from top to bottom (yes, all 3 floors!). I lit candles, put on some Loreena McKennit (oh, I forgot how much I love her music), added "Inspiration" bath salts (that Vinny brought home for me the other day--he is such a sweet man), brought up a book and a bottle of water and ahhhhhhhhhhhhhhhhhhhhhh.....let my craziness slip away. It was wonderful. 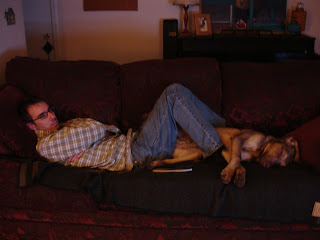 All in all...I'd say it turned out to be a pretty good day. I asked the universe to take good care of me tonight. I'd say the universe did a pretty good job.
Posted by Jessie at 9/19/2007 11:40:00 PM
Email ThisBlogThis!Share to TwitterShare to FacebookShare to Pinterest

i am really impressed
with how you were able to take
such a clear look at what
was pulling you down
and turn it into something
that was uplifting
and something to look forward to.

You captured how I feel a lot of the time. Setting myself up for failure.
IT was helpful to read of your process. Thank-you.

Excellent - as I always say, "when the going gets tough, the tough take a bath!" Your bathing area looks quite similar to where I retreat to every evening - in candlelight.

I know what you mean about being in hyper speed. Same. I have had to start making lists again to keep me moving in the right direction.

Hey, stop on by to see Sunny looking longingly and longingly at his beloved tennis ball. DOGS ROCK!

I am so glad you liked the journal! I do put alot of me into them; my energy and positive thoughts and love.

I am going to try again with the bath...yours looks so relaxing!

I have been intending every morning. which has helped. Of course I make the coffee and chocolate milk for Ethan and juice for Maggie first! But then before anything else I make my I will and the universe will lists...

I try to intend through out the day, but I forget. While I am laying in bed before I sleep I say a prayer of appreciation and ask for a restful sleep and to awaken refreshed. I often get woken up during the night, but then I always ask to go back to sleep quickly. This has really helped as I use to fret all night long. Sometimes the fear would strangle me.

Jamie wrote a post recently about writing at the end of the day. I think I am going to try it. Here is a link
http://starshyneproductions.blogspot.com/2007/09/success-principles-principle-27.html

Love to you my friend!
XO, melba

That is good! And that bath looks wonderful. I can't wait to have a good tub. ;)

I also get all crazy when the landlord is coming. So stupid. But I think you hit on something-- I think it has more to do with him finding fault with ME than my house. Dumb.

Hey well done for getting everything in perspective and getting so centered! Also for some excellent self care :-)
From one who is very good at bashing herself on the head (me, well done!
P.S. How cute do those too look on the sofa?!

i got a big kick out of Vinny and puppy
hanging out together!

Jessie - way to go girl! It's all the mental
approach and you had such a lovely way of
looking at it and then rewarding yourself with
a wonderful bath after -

warm hugs for you!

I know someone who attended a therapy group for people with depression. One of the tips for daily living they offered was the advice to tear any To-Do list that is made in half after writing it. The woman leading the group mentioned how inevitably we ste ourselves up for failure by setting unrealistic goals...
As for you and the soothing bath -- Ahh, sounds like a great way to relax.

Inner peace indeed. It lifts my heart to read your words and I'm glad to hear you finally took that candlelit, relaxing bath you have been deserving for far too long.
Look at you girl...taking a stressful situation and turning it into a pleasureable experience. This is only one of the reasons I love you:)
Sorry I'm just now catching up on your last two posts as well...can I just say that I wish so badly we lived near one another. I read your words and that sense of connection is just there. Wish we could take an archery workshop together (though it could be a bit frightening if someone gave me an arrow..ha). So much I want to write...will send another letter soon.
Love you soul sister,
td

I think the tearing the list in half idea might just work. I recently had a panic attack for the second time in my life, which is probably just a character flaw, but who knows, maybe tearing my own list in half would have helped.

Jessie
I paint. I write. I love strong coffee, being outside, my dogs, and snow. My dreams are vivid.